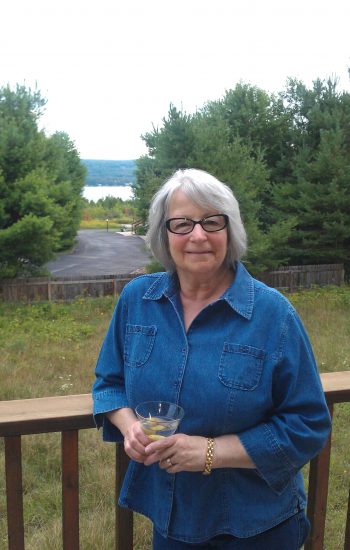 Visitation Time: All Services will be private.
Interment: Burial Private

Janice Anesi (nee Hitchcock) age 69 of Carol Stream, devoted mother of Jason (Lorraine) Anesi and Danielle (Robert) Swartz; loving grandmother of Jovanina “Jo” ; dear sister of James (Susan) Hitchcock and Jerry (Vickie) Hitchcock; cherished daughter of the late Jim and Jean Hitchcock and dear aunt, cousin and friend to many. All services are private.
Janice Anesi (Hitchcock) was born in Chicago on August 9, 1950, the middle child to the late James and Jean Hitchcock. Older brother James Jr (Sue) and younger brother Jerry (Vickie) provided many memories. She met the love of her life Edward Anesi while working at a small factory in Chicago. They married on November 1, 1970. Together with their young son Jason, they moved to Carol Stream. Not long after the move to Carol Stream, Janice soon met her best friend, Patricia, wife of the late Mike Burdi. Patricia and Janice later started an upholstery/window blinds company and to this day remain friends. Janice was given another gift when her daughter, Danielle, was born only a few days after Patricia also had a daughter, Melisa.
Family was very important to Janice as she loved to travel with Ed and their family always at her side. Years later found son Jason living nearby and married to Christina. Daughter Danielle moved to Michigan and married to husband Rob. Janice’s life became even more complete when Jason’s daughter, Jovanina, was born. Jo quickly became the spark that could always make Janice smile, no matter how much Jason, Danielle or yes, even Ed would frustrate her. As retirement approached, Janice and Ed were able to build a cabin near Danielle in north Michigan. Janice spent time between Carol Stream and the cabin. She loved her time up north and enjoyed sitting on the deck with a drink in her hand. Coffee or a martini, Janice just loved sitting with Ed always next to her as they watched the deer and birds in their backyard. Her favorite time of year was 4th of July when all the family, now including Jason’s wife Lori, would gather for at least a week of fun and memories that will last forever. Janice was an amazing daughter, sister, wife, mother, aunt, grandmother and friend to all who knew her before she succumbed to brain cancer on May 20, 2020. She will be missed.