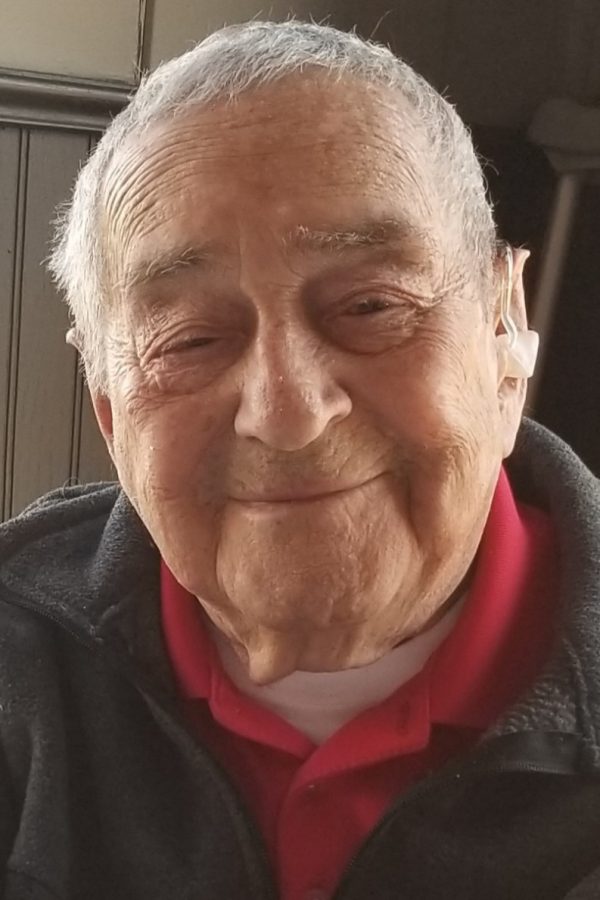 John “Jack” Donnelly, 94 ¾, beloved husband of Sandra; loving father of John (Julann) Donnelly, Peggy Donnelly (Tim May), and Julie (Pat) Battistella; proud grandpa of John, Jared, and Jamie Donnelly, Colin (Jessica) May, Gina (Phill) Steele; proud great grandpa of Kane Steele. Preceded in death by his parents John A and Elizabeth “Betty” (nee Marx) Donnelly; his sister, the late Betty Jeanne (the late Robert) Conlin; and brother, the late William “Bill” Donnelly. Survived by his sister Joan (the late Leonard) Nitti, and brother Robert (Patricia) Donnelly. Story-telling Uncle to a host of nieces, nephews, their children, and so many dear friends. Passed away peacefully in his sleep January 8th with his loving wife at his side.
A long time West-sider, he attended Our Lady Help of Christians Grammar School and St. Phillip High School where he acquired his nickname “Rabbit”. He graduated early to proudly serve his country and join the US Navy as a SeaBee in April 1945 during WWII. After training at Great Lakes Naval Base, he was stationed in China and the Philippines. Following the war, he attended DePaul University majoring in accounting followed by managing multiple service stations on the West side – Standard Oil stations on Laramie at Division and at North and another Shell at the corner of Harlem and North with his close friend Ed Shea. These led to ownership of a station on the SE corner of Division and Harlem with his partner Wyman Woodham and was branded ARCO, Union 76, and Shell at various times. His twilight career was at Loyola University Medical Center in Maywood where he worked in the accounting department ’89-’06 when he retired at the age of 79.
At the age of 39 he married the love of his life Sandy. The two were happily married and inseparable for 55-years. They lived briefly in an apartment on the West-side and then for 54 years at their home in Elmwood Park. During that period John, Peggy, and Julie came along as did dogs Sam, Brutus, Roscoe, and Haley (he was an animal lover!). Jack helped coach baseball, softball, and fought to be on the “chains” for all Fenwick high school football games in the mid ‘80’s.
He achieved the once in a lifetime goal of witnessing the Cubs win the World Series. And had a love-hate relationship with the Bears.
Some of his favorite hobbies included model trains and planes, reading about military history, searching for golf balls on daily walks, driving the tractor (his chariot) at the farm, and playing cards with family. Ever the storyteller, he loved to embellish on well told stories and hear the latest from family and friends. His stories ranged from his youth and getting into trouble with the nuns, being on a family vacation to Mt. Rushmore (when it was being carved, really!) and to Yellowstone (when bears broke into the car while they were inside), rolling a jeep at a Naval base overseas (before he had his drivers license), landing a plane illegally at O’Hare (in the early days), sinking boats, ski trips to Boyne and the Oak Park Ski Club (where he met Sandy), golfing, family vacations to Door County and many others. We ask that you share with us some of your favorites.

The family is also planning an outdoor Celebration of Life later this year where we can gather, share embellished stories, and laugh again and again.
In lieu of flowers please consider a donation to any of the following charities that were close to Jack’s heart: The American Legion, PAWS Chicago, or St Jude Children’s Research Hospital