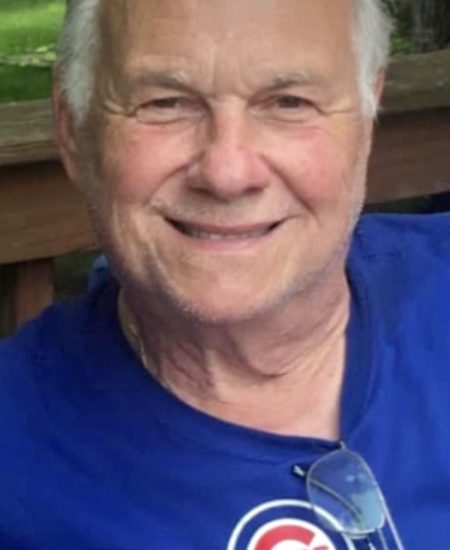 Roberto “Bob” Luigi Martinelli, 75, passed away on 6, June 2019 peacefully at home. He was born on February 1, 1944, in Chicago, Illinois to Guido and Rose Martinelli.

Bob grew up on Springfield Ave. in Chicago, Illinois. He graduated from Saint Phillips High School in 1962. After high school, he married his soulmate Jean (Catalano) Martinelli in 1964. They were happily married for 54 years. Jean was the love of his life; their love story began at the age of 13. Their love and devotion for one another were like no other.

He enjoyed taking scenic drives, traveling, dining, and dancing the night away. Most of all, he loved spending time with his family and friends. He loved attending his grandchildren activities and had a special bond with each one of them.
He was in the tool and die industry from 1965 to 2006. He was part owner and vice president of manufacturing at Hill Engineering. He took pride in his work and showed kindness and respect to all of his coworkers.

Bob was a fun loving, kind hearted, loyal, fair, compassionate, humble, hardworking man. If he called you his friend, he truly meant it. Bob’s smile and laughter always lit up the room, and you knew that you were always going to have a good time when you were with Bob. He was a man who always put everyone’s needs in front of his own. His thoughtfulness and selflessness were beyond compare. He was a man of peace. He could see the best in everyone, and he knew how to treat people with honor and respect.