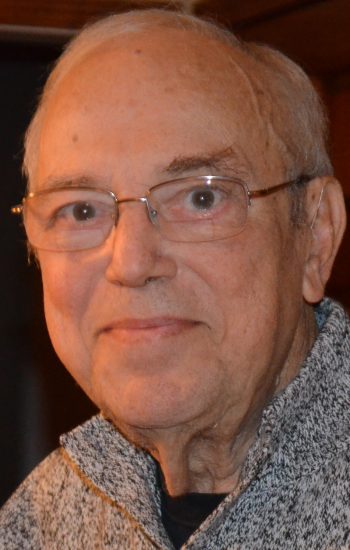 John Edward Chimienti, age 83 of Bloomingdale since 1976, died October 8, 2019 in Winfield, Illinois surrounded by family and friends. He was born on March 30, 1936 in Chicago, Illinois to John and Margaret Chimienti, the youngest of five children. He married Madeline Caruso on May 10, 1960 in Heidelberg, Germany where he had been stationed while in the Army. Growing up, he attended Proviso East High School in Maywood, Illinois where he played baseball and football. He went on to attend college at Roosevelt University and Northern Illinois University where he received an undergraduate degree in History and a masters degree in Education Administration. John served in the army for four years and was stationed in Germany when he was honorably discharged in 1965. He worked as an elementary school teacher before pursuing a career in sales, retiring in 2004. During retirement he enjoyed spending time with his family, traveling with his wife, going out to eat, reading books, watching sports and movies and occasionally stopping at the casino. John’s life was always centered around family. He loved telling stories about his childhood and his time in the military. He also enjoyed discussing politics and sports whenever given the opportunity. He is survived by his wife of 59 years Madeline; his sons: John (Dawn) Chimienti, Jeff (Denise) Chimienti and Jim (Angie) Chimienti, grandchildren Nicole, Christopher, Ryan, Jacqueline and Alissa Chimienti, and siblings, Angeline Nania, Enus Tortoriello and Marie Chimienti. He was preceded in death by his parents John and Margaret Chimienti and his brother Joseph Chimienti. Funeral Saturday, family and friends are invited to gather 9:30 a.m. at Salerno’s Rosedale Chapels 450 W. Lake St. Roselle, IL. 60172 (3/4mile west of Bloomingdale/Roselle Rd.) to St. Walter Church. Mass 10:30 a.m. Interment Cass Township Cemetery Strawberry Point, Iowa. Visitation Friday 3:00-9:00 p.m.

Our deepest sympathy on the loss of your Dad, he was such a nice man and friend to all. This is always such a difficult road to travel. Please know that you and your family are in our thoughts and prayers May our good Lord Bless you and comfort you Today, Tomorrow and Forever Hold You In The Palm of His Hands. God Bless you always. Peace Be With You, Larry & Darlene Goto