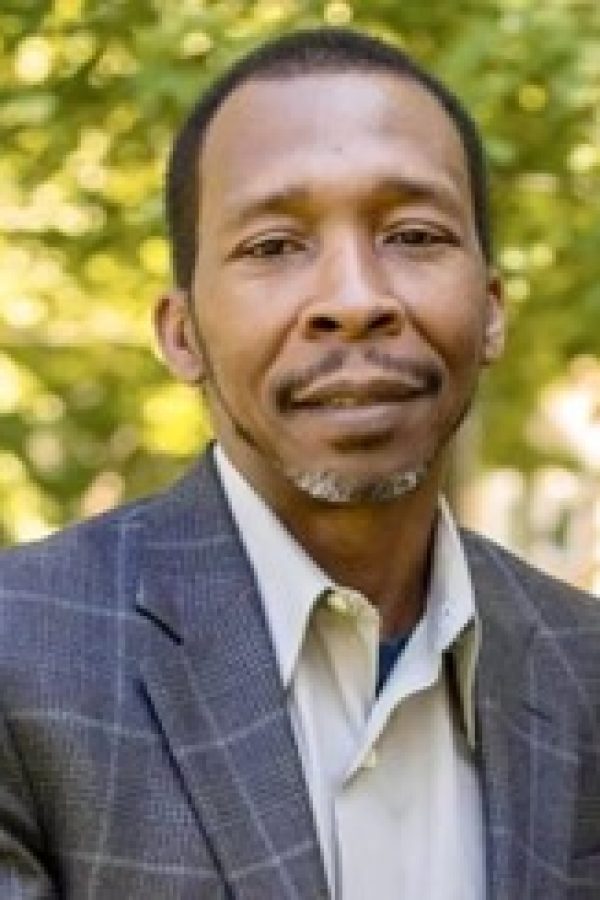 Mr. Michael Obinna Nwosu, was born on January 7, 1974, to Chief Evarist Nnaemeka Nwosu and Chief Mrs. Nancy Ebere Nwosu. He was the fourth child and second son of his parents and is survived by his parents and five siblings.
Michael was married to the love of his life Rukvinder ‘Rucky’ Nwosu in June of 1996, and they were blessed to have 3 children together: Mitchell, Rachel and Mark Nwosu.
If Michael had the opportunity to write his own obituary, he would tell his family and friends not to weep, but to get up and return to the business of living, loving, and working to accomplish goals. Although he was only 48 at the time of his departure from Earth, Michael had a sense of urgency from a young age, and worked resolutely to accomplish goals; he accomplished almost every goal he set for himself and proclaimed just weeks before his passing that he had an amazing life.
After completion of a Fine Arts degree, Michael worked as an independent artist with exhibitions in the United Kingdom and Chicago, Illinois. Following a brief period of teaching at Columbia College, Michael fulfilled a lifelong dream of becoming a federal agent in 2009. Michael’s path to accomplishing this goal was littered with obstacles, however he persisted and overcame, with his atypical grit, determination and commitment.
As a Homeland Security Agent, Michael’s passion and resolution to succeed and excel was manifested in his work ethic; he was the first to arrive at work, the last to leave, and he regularly sacrificed earned time off to volunteer for additional agency operations. He derived joy from continuously learning to bolster his career and position in the workplace, and he demonstrated a work ethic that belied the numerous challenges he routinely faced. He believed that it was his life mission to be an exceptional role model for his children, an upstanding citizen within his community, and a loyal and trustworthy peer to his colleagues.
Outside of work, Michael was content to spend time with family and close friends. Whether you knew him as dad, husband, brother, uncle, Michael, Obi, Onitiri, Onitribi or Mike, all would agree that he was an uncomplicated man who was devoted to God, his country, and his family. His steadfast love and devotion for those he loved will leave an ache and gaping void for years to come.


We will remember you whenever we see anyone flying giant-sized raptors or helicopters, hear witty jokes, learn of a new Marvel movie being released, listen to the themed playlists you created, smell the aroma of barbecue grilling, spot a convertible BMW: with the top down of course, anytime we pass by your favorite places to eat, and without fail, we’ll miss you quite acutely at the height of the political season every four years. Furthermore, it’ll take us a while before we can visit a Barnes and Noble’s bookstore or pick up a DuPont Registry magazine without tears or a lump in our throat.
Michael’s successes were not anchored in ‘self’, they were anchored in the Holy Trinity (God the father, God the Son, and God the Holy Spirit), family and close friends. Michael’s unwavering devotion to God and an unshakeable faith provided him with supreme strength and resolute courage to push through any trial or obstacle he faced in life. Regarding life and death, Michael believed with absolute clarity that all things were possible with God; his life was in God’s hand; and that he was prepared to leave this earth whenever God called him home.

Dear Ruki, thinking of you, Mitchell, Rachel and Mark at this difficult time. Lots of love Auntie Ravinder x

I knew him as Obi, he was my close confidant, brother and friend. I once named him '' Inspiration 2much''. His first Art exhibition tagged ''See me at 16'' took place at the national museum Onikan Lagos here in Nigeria. I played major roles organizing that first successful exhibition with him in Lagos. Obi was loaded with inspirations, at times the world looked too small to accommodate ideas created in his mind. Thought we will see some day again in Nigeria but Almighty God has done what pleases Him most, our ultimate loss has become heaven's gain. In total submission to the will of our God, I give all praise to our God the Omniscient & most benevolent. May the soul of my Brother and cousin Obinna M. Nwosu find perfect rest and peace with God in Jesus's name Amen.

My condolences on your loss. Michael could always make me smile no matter how my day was going. He was always in a good mood at work and a pleasure to be around. He will truly be missed.

To everything there is a time & a season. A time to be born and a time to die. … Eccl 3v1-2 May the soul of our dearly departed brother of my good friend Victor, Mr Michael NWOSU continue to rest in perfect peace. May the good Lord grant those he left behind the fortitude to bear this huge loss IJMN.

My condolences to the Nwosu’s family. Specially to his brother Victor Nwosu and his wife Jade May God confort your heart and the heart of you love ones. As Christians we have to remember that we sleep in the Lord and one day you will see him on heaven. May God be your comfort, and you refuge in this time. On behalf of all that we work at DCK Solicitors we express our sympathies to you all family and friends. May God be with you all. Jessenia Estupinan

Dear Ruki, Mitchell, Rachel and Mark, so sorry for your loss. Thinking of you all at this sad time. Lots of love Linda

My condolences on your loss. Everyone in the DePaul Prep community is praying for you.

With pain in our hearts we are thankful to God for Michael's victorius exit. Obi as I fondly called him would be remembered for the longest time by my family and I. Calm, full of wisdom and genuinely interested In people. I can only imagine how much his immediate family would miss him. Thank you Obi for the gift of you. I will continue to remmeber my sister Claudia and all of Obis immediate family in my prayers.

Dear Nkoli, Ruky and family, human words are simply not enough to fill the gap or restore what has been lost. However, there is the Word that was in the beginning, is in the present and will continue to be for eternity. That word is able to write over your loss, grief and tear. Comfort and encourage your family with THE WORD. Michael is with THE WORD. It is well with you, your body, spirit, soul and family.