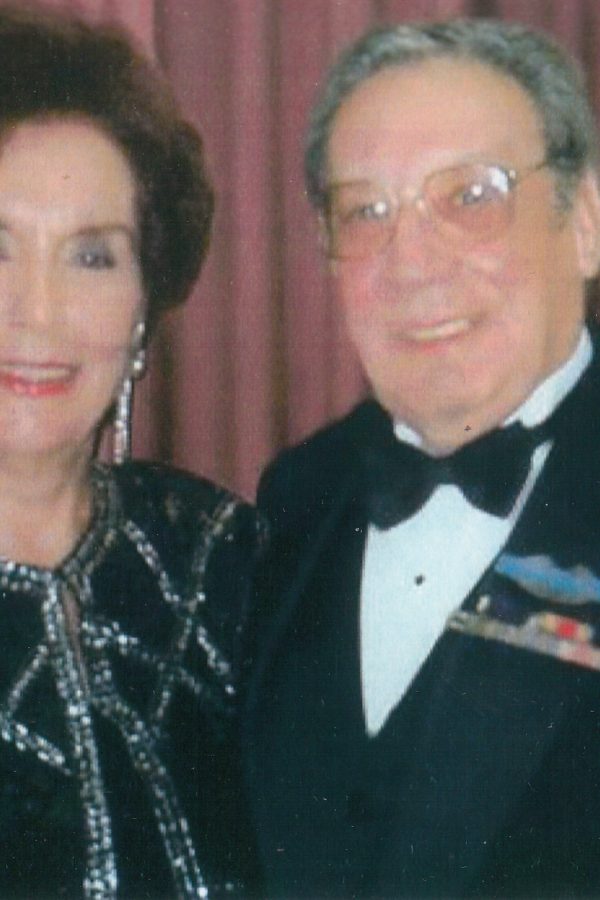 Bob and Ruth Kretschmer
On the morning of December 15, 2017, after celebrating their 71st anniversary five days prior, Robert “Bob” Kretschmer Jr.,92, and his wife, Ruth K Kretschmer, 90, died peacefully in their home, within 15 minutes of each other.
There is a visitation from 3 PM to 9PM, for them both at Salerno’s Rosedale Chaepls, 450 W Lake Street in Roselle, Illinois on Sunday, December 17th 2017 and the funeral will be at Trinity Lutheran Church 405 S. Rush Street, Roselle, Illinois, with viewing starting at 9AM and a service at 10AM, Monday the 18th.
Bob, born February 2, 1925, grew up on the streets of Chicago and was a real scrapper among his youthful peers. He was fond of telling stories of his youth in which, in the end, someone always gets hit with a brick or a two-by-four. Like his father, he enjoyed woodworking, and had a passion for roller skating. Among his accomplishments of which he was most proud (along with his earning a pilot license) was his service in the Army during WWII. In 1941 he was too young to enlist in the military but that didn’t stop Bob; he “misstated” his age and joined the Army and fought his way across Europe, beginning in Normandy and ending in the Czech Republic. He served in the Red Diamond Division and his unit made over 35 river crossings. Their biggest battle was overcoming German resistance at the fortress town of Metz, which saw sustained fighting during the winter of 1944-45. He earned two Purple Heart medals for combat wounds suffered in February 1945. Bob was a jack of all trades and, over the course of his career, he managed a work gang for the railroad, and, as a carpenter, he built many houses (including his Medinah Illinois home), he worked in the plastics industry forming plastics and was a deputy in the DuPage County Sheriff department. While raising dogs, he became an accomplished dog trainer and showed their dogs in contests. At the end of the war he was discharged and returned to Chicago where he met the love of his life, Ruth Krutsch.
Ruth {Krutsch) Kretschmer was born in Elmhurst on July 24, 1927 and, after meeting and marrying Bob, and starting a family, became an accomplished public servant. She served in many capacities within the DuPage County Republican organization which included serving as a DuPage County Board Member and Chair of its Zoning Committee where she directed much of the County’s growth and business development. While in her fifties, Ruth attended college and earned a Bachelor of Arts from DePaul University and attended classes at Harvard’s John F. Kennedy School of Government. Ruth is perhaps most widely remembered as the longest serving commissioner on the Illinois Commerce Commission, 20 years, which regulates utilities and was, at the time of her retirement, the longest serving female state regulatory commissioner in the nation. In that capacity, she also served as the Chair of the Natural Gas Committee for the National Association of Regulatory Utility Commissioners, and was a member of the Economic Club of Chicago. As an expert in the regulatory field, and an accomplished public speaker, Ruth was widely sought for conferences and meetings both across the United States and overseas. She journeyed several times to Kazakhstan to provide guidance towards developing their electric power grid which had recently become independent from the USSR.
Together, Bob and Ruth were truly an adventurous and active couple. In their younger years they enjoyed roller skating and playing cards. After raising three children, Ruthann, Roberta “Bobbi” and David, Bob and Ruth enjoyed their travel adventures. They traveled to China, the South Pacific islands, Europe, Alaska, South America, Canada and much of the United States. They enjoyed good food, with Ruth particularly enjoying any dessert that included whipped cream, and Bob liked his wine and a snifter of cognac from time-to-time. Bob served as the Post Commander of his VFW and he especially enjoyed golf and was still golfing at 92 (his age, not his score). They both enjoyed their Irish setters and the numerous other animals that were collected at their Medinah Illinois home (a rooster, a raccoon, a goat, a horse and too many squirrels to mention).
Loving parents of Ruthann (Paul) Koenig, Roberta “Bobbi”(Roy) Boston and R. David (Maria) Kretschmer.
Loving grandparents of Richard Banik (Katie), Katherine Banik and Daniel Boston, Michael D. Kretschmer, Peter (Theresa) Koenig, Timothy (Erin) Koenig, Skye (William) Taluc, and Nicholas Koenig.
Loving great-grandparents of Gabriel and Reagan Banik, Austen Sean, Erin, Isabel, Molly, Bridget, William, Alexander, Susan and Angela Koenig
The family asks that, in lieu of flowers, donations be given to the VFW post in Roselle: RALCF, 344 E. Maple Avenue, Roselle, Illinois 60172, or to the DuPage County Conservation Foundation: 10S404 Knoch Knolls Road, #B, Naperville, Illinois 60565.
Bob and Ruth were preceded in death by their parents, Robert and Elizabeth Kretschmer and David and Sophie Krutsch.

My condolences to the families for the loss of your loved ones, and may these scriptures from Almighty Gods written word, the Bible, help to bring you comfort in your times of sadness, long ago God foretold about His plans regarding His (this) earth and mankind, He will do away with everything that causes us pain, suffering and sorrow, please read Job 14:14,15, Acts 24:15, Revelation 21:4,5.