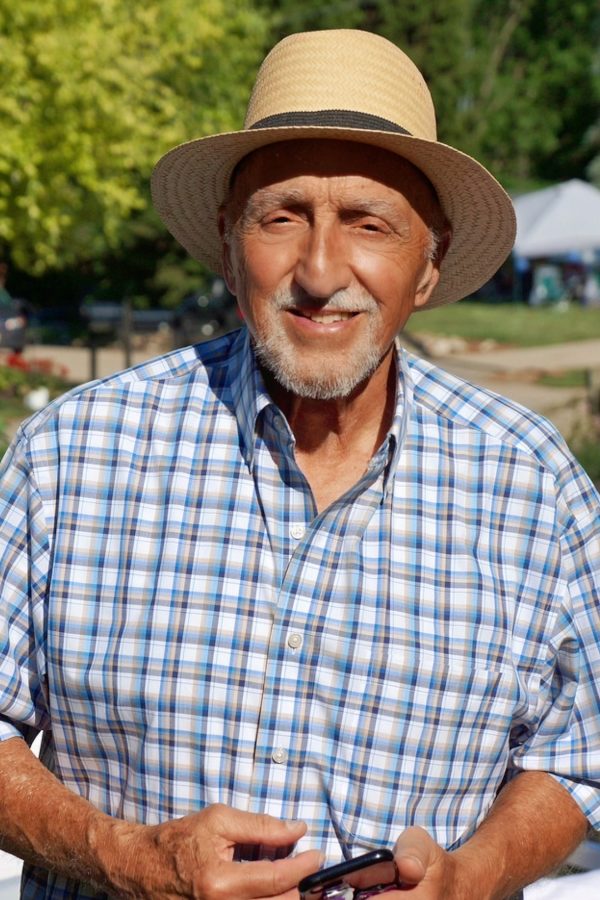 Funeral Notes: Funeral Services will be held privately. A public memorial celebration will be held at a later date.
Interment:

Dominic (Nick) Paolella, 86 years young of Medinah, IL. He passed away peacefully surrounded by his family on February 17, 2022.
He was born, April 29th, 1935, in Chicago Illinois to the late Rose (nee Belcaster) & Angelo Paolella. Predeceased by his sister Diana (Richard) Johnson.
He is survived by his beloved wife of 58 years, Judi (nee Lininger), his 6 children, Julie (Herne), Jill (Carlson), Angela (Nate) Buege, Alyssa (Kevin) Kwiatkowski, Nikki, and AJ.
He is a cherished grandfather to Blake Carlson (predeceased), Grant, Johnny, Olivia (Vince) Kelly, Chloe, and Dominique.
Proud Great Grandfather to Eleanor, Lincoln, Meadow, and his namesake Dominic.
Nick attended St. Rita High School and Loras College. Nick was a loyal and annual supporter for 50 years for Loras College, establishing a charitable gift annuity. After Loras, Nick became a construction manager-supervising the construction of interstates and bridges connecting our country.
Always a true entrepreneur at heart and passionate about making his mark in this world. As a co-founder and vice president with his business partner, John Paolella, they started a small business called Jon-Don in June, 1978. The success of the organization was the legacy and culture created, you were part of something special, part of the vision, part of a family. He was referred to in the industry as “Papa Nick” because his employees, customers and vendors always felt the family connection. He was the recipient of the Ralph Bloss Award for giving back to humanity and the Experience Award for lifetime services in the industry.
He was a season ticket holder for the Cubs and Bears and religiously followed the Bulls and the Black Hawks. Became good friends of legend Black Hawks’ players Stan Mikita and Bobby Hall when they first came up in the league, and were frequent patrons at Freddie’s Bar where Nick bartended. Additionally, he loved to ski with family and friends, racing them down the hill. He played golf into his late 80s and volunteered for the PGA championships and the Ryder Cup as a Marshal.
He had a larger-than-life persona; therefore, he wore many hats. He was a husband, a father, a grandfather, a great-grandfather, a best friend, a mentor, a confidant, a jokester, a bartender, the life of the party, a Pied Piper; the definition of commitment and humility.
Nick’s cremains will rest at his home residence in Medinah. There will be a private service, and all will be invited to a celebrational party of life at a later date. The entire Paolella family wishes you to direct your memorials to Loras College in care of Advancement office 1450 Alta Vista Street Dubuque, Iowa 52003 and/or Domestic Violence Outreach, 1914 South Ashland, Chicago, IL 60608 www.dometicviolenceoutreach.org (click on “Support Us”)

Always enjoyed seeing Nick at the Chicago Loras Alumni functions. He was great company and acted like a magnet with his brother Duhawks at these functions. My condolences to his family. He was a great man. Kevin Chapman Class of 1974

Nick had a huge influence on my life. Back in 1967, he gave me a job when I was 17, working as a laborer for the excavating company he was an engineer with. I knew him then, as he was a cousin to my cousins. He gave me the wherewithal and made it possible for me to afford college as he let me work each summer through my four years of school. Put me in the union and gave me a chance. Without that job and all the overtime work running pumps through the night sleeping in my car, who knows? He taught me hard work and gave me the jump start I needed at that time. I will never forget Nick and was saddened to hear of his passing. He was a huge, outgoing personality that loved people, always helped people and I am sure influenced many besides myself. RIP Nick, Janice and I will never forget you.

Very sad to hear Nick Paolella had passed. So many great times with him and his family. My condolences to all his family and friends.

Posted by:
Bertie and Jim Sargis

Your family was blessed for so many years to have Dominic as your loving and caring patriarch. He touched so many people’s lives and will always hold a very special in our hearts. The laughter in heaven has increased 100%. May your family find peace in knowing that he is still watching over all of you. His legacy lives on in each and every one of you. May the good Lord bless you all. May His his light shine upon you, and give you peace.