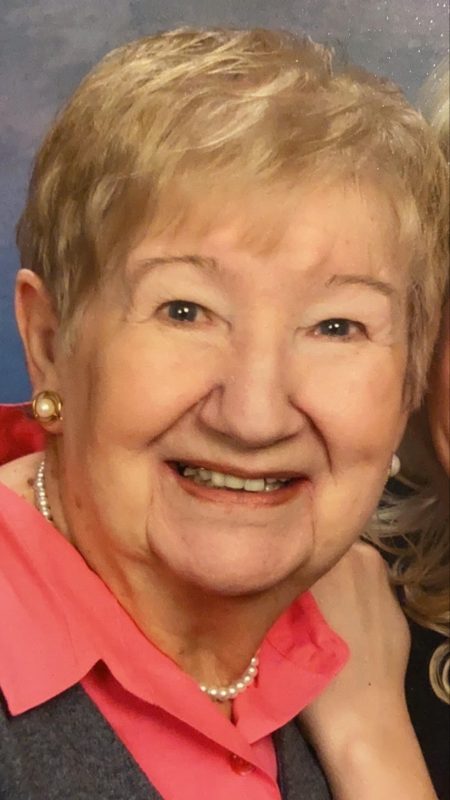 Genevieve (Jean) Bartyzel was granted eternal rest on October 3, 2020, just shy of her 93rd birthday. She was a beautiful soul, beloved by all. She was fun, funny and quick-witted. Among her many talents were ballroom dancing (especially the polka), cooking, baking, gardening, and sewing. She was always impeccably dressed. She loved being a Customer Service Representative at Haggerty Enterprises/Lava World International, retiring at age 67. She had many trials in her life, but she considered each day a beautiful gift and was thankful to God for each and every one of them. In her memory, she would want you to “Smile”, “Be Happy” and “Be Kind to All Living Things”, especially the birds she enjoyed feeding. Surviving Genevieve is her devoted daughter, Karen (Mike) Gawrych. She is also survived by her loving grandchildren, Linda Gawrych and Michael and Margaret Gawrych. Genevieve’s memory will be kept alive for her precious great-grandbabies, Robbie and Grace Gawrych. She was also the fond mother-in-law to Eugene Skulski (the late Elizabeth). She was the cherished “Auntie Jennifer” to her niece, Diane Whiting, in England. She also leaves behind sisters-in-law and many nieces and nephews. Preceding Genevieve in death was her beloved husband, John, babies Ronald and Patricia Bartyzel, daughter Elizabeth (Bartyzel) Skulski and her special canine companion, Amber. Her mother, Angela Kowalski, and baby sister, Diane, died in Siberia, during WW II. Her father, Ralph Kowalski, and brother, Walter Kowalski, predeceased her in England. She loved her friends, especially the members of the Santa Rosa Club. They formed their strong bond as the Polish deportees to Siberia during World War II. Salerno’s Rosedale Chapels, Roselle, IL is handling the arrangements. Due to Covid-19, Genevieve’s Mass of Christian Burial and interment will be private. We will miss her deeply. In lieu of flowers, donations in her memory may be made to Mercy Home for Boys and Girls, Chicago, Catholic Charities or Alexian Brothers Hospice Residence, Elk Grove Village, IL. “And flights of angels sing thee to thy rest.” – W. Shakespeare

Dear Karen, Mike and family I’m so sorry to hear about the passing of your mother. Aunt Jean was a lovely lady and always a pleasure to be around. Her sweet smile and kind spirit will be missed. Sincerely, Corrie and Rob

Dear Karen, I'm so sorry to hear about your mom. I remember seeing her and how sweet she was. My prayers are with you, Mike, LInda, and Michael and his family. Love, Cindy

Karen, Linda, Michael, Margaret and Margaret. So sorry to hear of Jean's passing. It was a privilege to have known her. She was a delightful woman and will be missed terribly. Thoughts and prayers to your family. May your memories be a comfort to you all. Claude and Kathleen

May your Mom Rest In Peace!