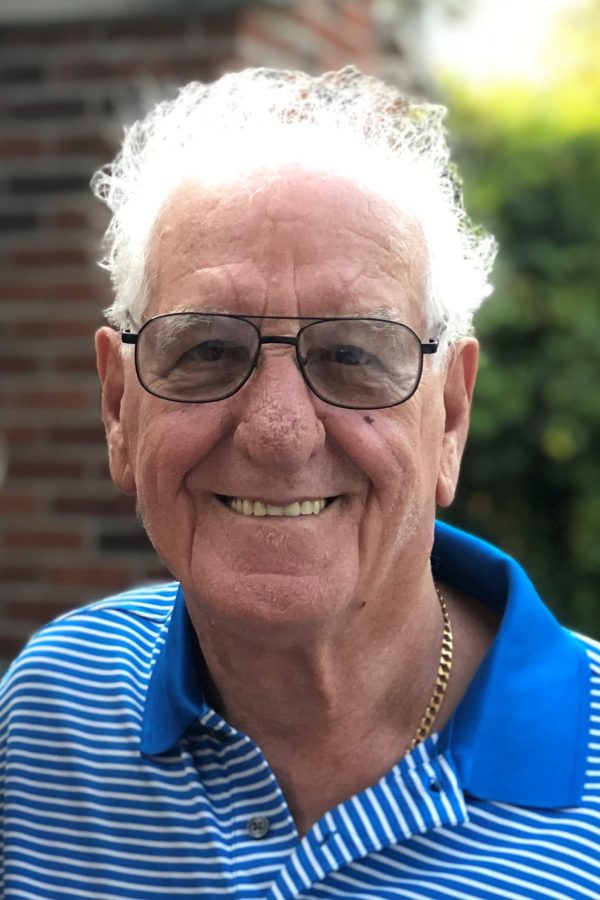 Our father Giulio Parducci passed away early Friday morning. It is hard to summarize an 85 year life of a man in just a few words. Our dad was born and raised in a small town just outside of Lucca Italy called Massa Macinaia . There he lived with his mother and father (Rinaldo & Santina Parducci) along with his 2 brothers Ugo and Riccardo. The family departed to look for a better life in America, so in 1953 at 18 years old our father along with my grandfather set forth to the United states. They landed in Chicago in a small Italian community on Oakley ave. There they met other Italian immigrants looking for the same new life as Americans. Our dad held many jobs just to make ends meet so that they can save enough money to bring over the rest of the family from Italy. Once settled into his new environment he came across a Italian Social club on Chicago ave called the Mazzini Verdi club. There he met many people that came from the same area as him back in Italy. This gave him a very nice comfort zone that he was with other Italians seeking the same life as himself in a new country and city. Ironically, the Mazzini club would change his life forever, there he met a woman named Maria Carbone, daughter of Armando and Giuseppina. On August 16, 1958 they got married. Having little money mom and dad moved in with Armando and Giuseppina in River Grove, IL. In 1963, Armando and our father took a risk and opened their own business, a barbershop on 8345 Grand ave. in River Grove. They saved up money and took a loan on a building and the 2 of them worked there for 35 years when our dad finally retired in 1998.Maria and Giulio began starting their own family, they had 2 sons, Dino & Marco. With four people in the family it was time to get their own house, so they moved to Franklin Park in their first home. After a short period in Franklin Park, our dad took a chance and moved the family in a new community called Addison. We spent over 50 years in that home and generated a lifetime of memories. This house would become the Stallworth of Giulio’s family. There were numerous parties, BBQ’s, and lots of company with friends and relatives. Our dad was very involved in some Italian organizations and clubs. His passion was soccer, and he was a member with the Maroons soccer club. There he met even more Italian immigrants that eventually would become life long friends. From fund raising to coaching he did what he could to help out the club because of his obsession for soccer. In 1967 he also was a member of the Mazzini Verdi club, there he enjoyed socializing, playing bocce and cards and enjoying the company of many friends. There too he was an officer on the board and put all his efforts to help in any way. Another club that he was happy to be a member was the Alpine Country Club. He loved that the whole family would spend weekends and the summertime together, enjoying the lake, pool, and friends. Dad was very proud of where he was born and became the founding member of The Lucchesi Nel Mondo organization. With his love and excitement for Lucca, he put in the hard work to help grow this organization to where it is today. Dad’s enthusiasm for these clubs had won him many awards including multiple Man of the Year awards. Dino and Marco would both marry, Marco married Cindy (Freed) and Dino Married Lisa (Ghilarducci). The Parducci family would continue to grow having 5 grandkids; Alicia, Maria, Marco jr., Daniella and Dino II. In 1997 we lost our mom Maria which was devastating to all of us especially to my dad. But he would press on and enjoy his family, grand kids and his clubs. Our dad loved spending time at his condo in Mexico or just being with family and friends, joking, dancing, and of course eating. His continued passion for soccer never stopped always watching games on his tablet or TV, keeping track of all the scores and standings. He was thrilled that he saw his favorite team INTER win the championship and the Italian national team winning the European cup. He instilled in all of us the importance of family, hard work, and a sense of pride. We loved our father very much, although we will miss him dearly, this 18 year old immigrant from Italy came here with nothing and built an empire–He lived a great full filling life. And now will be reunited with mom, we will miss you greatly. Visitation Wednesday, September 8, 2021 from 4:00 p.m. until 8:00 p.m. at Salerno Rosedale Chapel 450 West Lake Street, Roselle, Illinois (3/4 miles West of Bloomingdale/Roselle Road) Friends are asked to meet Thursday, September 9 at St. Phillip the Apostle Church for Mass of Christian burial 10:00 a.m. followed by burial at St. Joseph Cemetery.

Myself and my parents first met Giulio at Joe's barbershop in Addison many years back. He was a wonderful man and was one of my late father's barbers. He always had a smile on his face and would be singing and whistling and up-beat. In more recent years, my mom and I would see him at St. Philip's during mass or at Caputo's and he always maintained the same up-beat and friendly nature. Our deepest condolences to all of your family on the passing of a wonderful man.

My sincerest sympathies for the Parducci family for your loss. May God's blessings be with Giulio, sending my prayers for all. Long time friend of my parents, Giovanni & Piera Biancalana, now all reunited. May God's peace and love be with them, sincerely, Louise

Very sorry to hear of your loss, your dad was a great man and fun to be with at family outings. God bless your family

He loved Italy and especially Lucca

What a great guy, and a friend to young and old. Always a smile and always happy to see a friend, especially those from his home town, Massa Macinaia. A staple at the Mazzini Verdi Club and the most ferocious soccer fan I have ever met. Pazzo per il calcio. Forza Azzurri forever Julio