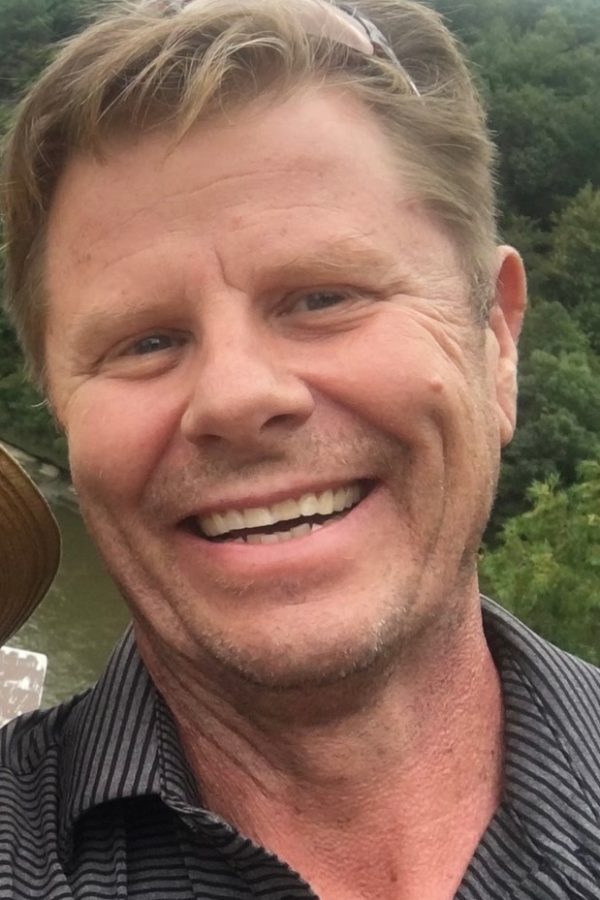 Glen Clay Tucker was born in Chicago, Illinois to William and Kathe Tucker in October 1957. He grew up with his two siblings Howard and Ellen. As a boy, Glen had a great love for animals and was also “very talkative” as noted by one of his grade school teachers. As children, Glen and his siblings would go to Minnesota to visit family on his fathers side. Although his father, William, was orphaned at an early age, William’s foster family accepted Glen, his siblings and his mother Kathe as family. They would enjoy their yearly visits to Minnesota, especially Glen, who would run around his grandparents house as soon as he got there, earning him the nickname “cannonball”.

Glen would go on to graduate from Taft High School and went on to attend some college, before leaving to work full time at family business, M Lange Safe and Machinery Movers. During his early years at M Lange he met Joan Gardner after being introduced to her by his father at the Golden Ox, which was a restaurant Glen and his father frequented. From that point forward, their 34 year love story grew. Glen gained two beautiful children, Ericka and Earl, and would go on to have 2 more wonderful children, Jessica and Trisha. Glen was a family man, and always made sure that everyone was taken care of and had anything they needed. As time went on, Glen would have the fortune and honor to become a grandfather, beginning with Jasmine, who was then to be followed by Emily, Ean, Charlie, Gwendolyn and Delilah. Glen was a model grandfather to them, attending their extracurricular activities, playing with them and sharing his hobbies with them.

Glen enjoyed traveling with his family. He went to Hawaii on his honeymoon with Joan, which was highlighted by their climb up Diamond Head, one of the most beautiful and scenic hikes in the world. He also traveled to Costa Rica and New Zealand with Joan to take advantage of all the wonders those countries had to offer. He also took his children on trips to Hawaii, the Bahamas, and Alaska just to name a few. Some of their most memorable trips were to the family lakehouse in Wautoma, Wisconsin. He was well known for flipping people during tubing.

He was an avid golfer, and was a member of the Hilldale Men’s Club and the Itasca Country Club. He was also a very talented gardener and took great care and pride in his plants, some of which are decades old. Glen took pride in having the best lawn and garden on the block and was always willing to teach anyone his gardening secrets. Being a detail oriented man, he enjoyed building massive lego structures and putting them on display. As many may also know, Glen was also fond of his TV shows, most noticeably “The Big Bang Theory”, and was able to quote almost every episode. Once retired, Glen went on to enjoy biking and RV trips with his wife and his much loved Billy (his favorite child).

Glen’s impact and influence on his wife, children, family and friends is unmatchable. He will always be remembered for his caring nature, his sarcastic humor, his passionate views on the state of the world, his affinity for finance and business and his dependability and selflessness. Anyone who came across Glen knew that while he may be tough at times, he was the best friend anyone could ask for and would go above and beyond to help others in a time of need. Up until the moment he joined his mother and father in heaven on September 13, 2022, Glen was a fighter, never giving up so that he could give all that he could to his family.
In lieu of flowers donations can be sent to St. Jude’s Children’s Reseach Hospital at 262 Danny Thomas Place, Memphis, TN 38105 or online at www.stjude.org

Dear Joan, Jessica, Trisha, Earl, and Ericka, As the Director of Alumni Relations Emeritus, I offer you the sympathy and prayers of the Saint Viator High School community. Know that our hearts go out to you as you begin your journey of grief. We pray for you as you share the stories, laugh and cry, and find ways to celebrate your husband, your father, and the love you shared. As I read the obituary for this caring, dependable, selfless man, whose “impact and influence on his wife, children, family and friends is unmatchable,” I was reminded of an adaptation from a reading in the Book of Sirach. “Let us praise an illustrious man, faithful to his family and friends, strong in his love. At peace in his heart and his world, he has left us his good name, and we recount his life of praiseworthy deeds. A generous man his good works will never be forgotten. Among his family and friends remains a rich inheritance born of him…. His name lives on from generation to generation. We gather to sing his praises. We proclaim his wisdom and love of life all our days.” May God’s promise that life is changed, not ended, comfort you! May the knowledge your husband, your father, lives on in your goodness, give you peace and hope! Take care and God bless you with the gifts you most need! Judith Judith Wampach Amberg Saint Viator High School Director of Alumni Relations Emeritus

Glen was a great mentor I will forever be grateful for the wisdom he shared.