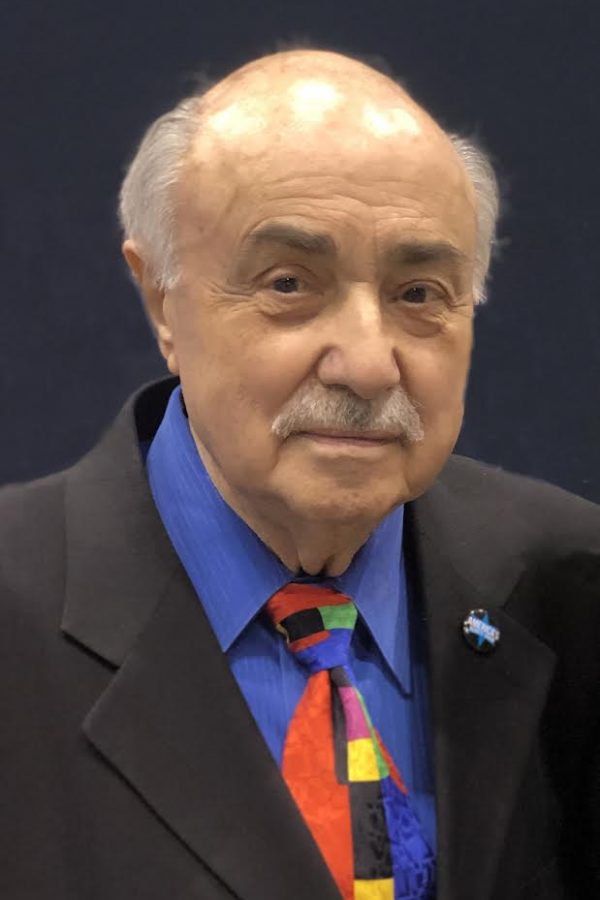 Joseph F Tristino
May 18, 1937 to July 23, 2022
Born 18 May 1937 to Antonio Tristino and Ida DeBartolo in San Vincenzo La Costa, Cosenza, Italy. Joe was the eldest son of four children, an older sister Maria and two younger siblings, Francesco and Emilia.
Joe started his legendary career as an apprentice under Coiffure Legendaire Guillaume Guglielmi in France. But after years with Guillaume, Joe returned to Rome and then soon left for the United States on September 21, 1958. He came through New York to Chicago where his uncles’ had decided to settle in the United States. When Joe arrived, he began to hone his skills even more until he had the opportunity to work in London with Vidal Sassoon. As anyone who has heard Joe’s stories, this is definitely one of his favorites to tell. Sassoon went to Egypt to study the pyramids and saw that Cleopatra had this short haircut *moves hand just below the chin in a straight line*. So when Sassoon returned to London, he asked everyone to start cutting this short haircut. While they were doing the finishing work, one of the guys was shaking out their mannequin and everyone yelled at him don’t move! As he held his mannequin upside down, you could see that Cleopatra’s cut flipped upside down formed the shape of the pyramid.
After working with Sassoon, Joe returned to the States and opened many salons, two beauty schools, and a distribution business. He traveled the world and won over 90 awards for his platform work and multiple Hair Olympics for the United States and Italy. Joe held positions as a stylist, owner, educator, Director of Education, President of the Chicago Cosmetologist Association, Director of the Midwest Beauty show and so much more. Those achievements alone would be enough for most people to have an ego the size of the Great Pyramid of Giza, but Joe never had that. Joe was always humble and never once flaunted his accomplishments because he believed it was all for a purpose. His true passion was education. Any of the hundreds of students that had the privilege to study under Joe would agree. He poured his love, pride, creativity and even more so instilled discipline into each of his students. He loved watching all of his students strive and succeed and watch them turn into some of the best in the industry.
Joe had a late start on having a family of his own, but his passion for the beauty industry had him covered. In 1981, Joe met his beautiful, dedicated, and deep hearted Schazi (translation: Sweetheart or Little Treasure in German, I do not know why German!) Teresa at a hair show. 2 years later, they married (he did not wait once she chose him)! Together, they trained students at their school and salons, Joe for the practical and Teresa for the theoretical. These students had the best of both worlds, the discipline and skills from Joe and the understanding why they did what they did behind the chair from Teresa. In 1986, Joe was presented the opportunity to open a salon in Glen Ellyn by one of his clients. He seized that opportunity and they gave birth to their salon, Linea Hair Salon and Day Spa. The salon blossomed and continues to do so every day. In 1992, their love brought them their only son, Antonio (named after Joe’s father). They poured all their love into him and took him everywhere they went. Joe loved every moment, savored every second with his family and his Linea Family. There never was anything more that Joe wanted than to have his family and his second family at Linea.
Joe passed on July 23rd, 2022 after fighting hard against his aliments. But in his last days, he was never alone…ever! Joe was surrounded by the love from all his former students, his clients, his Linea family, family (and friends, but if you were his friend you knew you were family), and his wife and son. During the hard times, he never showed any pain or hurt. His strength and love was relentless, his dedication and pride was steadfast. Joe chose what he did, when he wanted to do anything, and how he wanted to do it. Joe lived his life his way and there was no other way this legend, mentor, leader, husband, and father would do it.

Note from the Author: I Love You Papa, I miss your voice, your hugs, your kisses, your advice, and thank you, thank you, thank you for being the best protector, mentor, and father a son could ever have. I’m honored and proud to be your son. You will never be truly gone, your love lives on in my heart, mama’s heart and all of those you have blessed in your life. I love you and I am glad that we never left anything unsaid and that my last words to you before you passed were, “I Love You, Papa. I will always be here for you. I Love You.”

My Dearest Friend, Teacher , Mentor and Dream Builder, You impacted my life in a way I could never begin to repay you!!! My only hope is I can be of some help or use to your beautiful wife and son! I know your teaching classes already!!! I look forward to the day we see each other again!!!!! My heart will always be grateful! I owe my career success to you!!!!

Dear Teresa and Antonia, My deepest sympathies for your loss. Joe was a special man. He always had a smile on his face, a hug and a "how's your family". He was a wonderful, kind man and I can't imagine how you feel. Please realize that so many people have been touched by Joe. What wonderful memories you must have and how amazed you must be at how many people cared for him. Again, my deepest sympathy and prayers. Love, Annette Citta

I was blessed to know Joe since the 1970’s. He was my best stylist and beloved friend. My prayers go out to his family and friends. May he Rest In Peace.

Dear Teresa and Antonio, I am so very sorry for your loss . I so enjoyed visiting with Joe whenever I would see him at Linea . He was such a kind , gentle soul who was so proud of you both . Whenever he spoke of his family there was a twinkle in his eye. He will be missed and remembered by all who were lucky to share time with him. Please accept my sincere sympathy . May you both find comfort in the many beautiful memories you shared with him. Sincerely, Kathy Carter