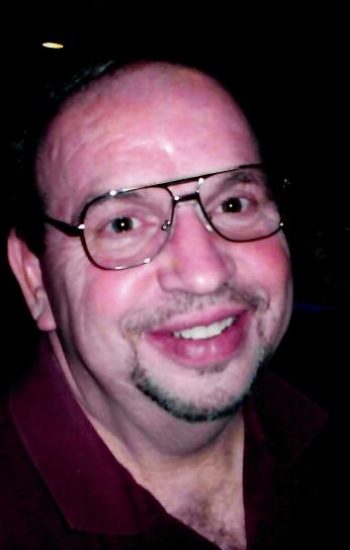 Mike had been a resident of Chicago for many years in the close knit Chicago and Western neighborhood, with many of his childhood friends remaining life long friends.

He married Celestina “Tina” (Sauceda) on September 28, 2002. He and Tina moved to WoodDale in 2005 where they became active members in their community. Mike retired from Badger Murphy in 2012 with 23 years of service. He was an active member of St. Joseph Catholic Church in Addison. He became a member of the Knights of Columbus in September 2013 and received Honors of the 4th Degree in August 2014.

Mike always visited family and friends along with his signature trays of cookies and an occasional “cannoli cake”, earning him the nickname, “Uncle Cookie” by his great nieces and nephew. He enjoyed traveling, cooking and his favorite John Wayne and James Bond movies. No family gathering was complete without his famous meatballs and no sub sandwich will ever be as delicious or as painstakingly constructed as his. He was a New York Yankees fan, but we loved him anyway.

He was preceded in death by his parents, mother-in-law and father-in- law Carmen and Al Sauceda and brother-in-law Charles “Chuck” Duff.

Bonnie and I extend our sympathies to Tina, Crissy, and the DiCapua family on Mike's passing. We enjoyed his company greatly, as well as the awesome pizza bread he brought to the Milwaukee baseball gatherings. May good memories of Mike give you strength during this sorrowful time.

Mike, One of the pleasures of serving has been meeting great people just like Mike and his wife Tina. Mike took an interest in his community, was always willing to help, and never asked for anything in return. He made our community better and he will be sorely missed! Gandolfo "Randy" Messina Alderman, City of Wood Dale

We were classmates at Holy Trinity high school and we both lived on Race Ave. My thoughts are with the family at this sad time. Rest in Peace my friend

So very sorry to hear of Mike's passing. He always reminded me of his dad both in looks and personality. Both were loving kind people. My sincere condolences to his family. Kathy and Ralph, so sorry. R.I.P. Mike.

I will miss my beloved husband (Michael), we had 17 wonderful years together, he was my soulmate, He was the best I had. Rest In Peace my Love. Your beloved wife Tina DiCapua

Posted by:
Don and Mary Grosskopf

Peace be with you and your family Mike D May you rest in peace .

Posted by:
bob and Mimi

Mike, hard to believe we’re writing on your obituary page. You will always be in our hearts and minds for the rest of our lives. May our Almighty God keep your soul blessed for all eternity? Rest now buddy, God Bless, always Mimi&Bob