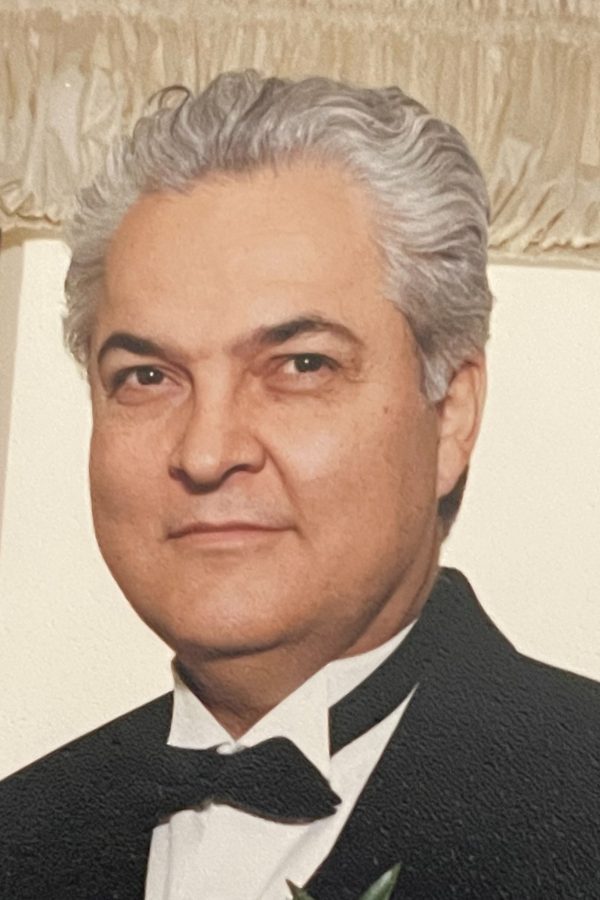 At the age of 18 years old, Nick immigrated to the USA where he worked at Zenith, National Bakery, and Mary Ann Bakery all while attending school in the evenings. He met and fell in love with his wife Voula, and married in 1967. Earlier that same year, at the age of 22, he was drafted into the Army and joined the Vietnam War. Although only in the U.S. for a short time, Nick proudly served his new found country with honor and dignity.

Nick opened his first business, the Grand Restaurant, with his brother-in-law Tom Gatsakos in 1969. He went on to own several successful restaurants ultimately running the Chateau Ritz banquet hall until his last few months of life. Nick played full field soccer and bowled for over 40 years until his cancer diagnosis and subsequent surgery. His Greek Orthodox faith was integral to him. Nick served as one of the founding members of St. Demetrios Greek Orthodox Church in Elmhurst and continued to serve as a parish council member becoming well known for his homemade loukoumades at the summer parish festivals.

Nick’s biggest accomplishment was undoubtedly his family. His wife and three beautiful and loving daughters were his whole world, and his grandchildren his pride and joy. Despite working full time, Nick always made time for all four of his grandchildren, often attending their sporting events but mostly driving them around in his mini van to Target, Dunkin Donuts, Dave and Busters, taking them fishing, building forts and playing monsters. Papou showing up at his grandchildren’s homes on a school day before work to make his famous pancakes several times a week was commonplace. “Yes!”, was always Papou’s response to any of his grandchildren’s requests. As a husband, father, friend and grandfather, Nick was loving, kind, generous and selfless; always putting others before himself. As a hardworking businessman, he was straightforward and honest. Nick was truly loved and respected by all who knew him.

Defying the odds with an incomparable will to fight, Nick met each challenge and treatment along the cancer journey with dignity and fortitude. Nick’s early life began in service to his country and his soldier’s spirit remained as he lived in service to family, to others and to his church. Refusing to give up hope, he battled sarcoma tirelessly for over 8 long years, ultimately gaining his victory in Christ. He now has been called home to rest and to repose in the love of God. May his memory be eternal.

Stella & Family, So sorry for your loss. Nick was such a great guy & friend. Will always remember talking to him at family gatherings. We considered him a very good friend indeed. He will surely be missed by all. Pam & Tom Dural

Dear Mrs. Theodos, Vickie, Tina & Niki, We are so sorry for your loss. Our thoughts and prayers are with all of you. May Mr. Theodos’ memory be eternal. Love, Lisa, Brian, Christian, Tyler & Al

Posted by:
Steve and Lauren Apostolou

We are deeply sorry for your loss, Voula, Vickie, Tina, Niki and family. May he rest in peace and his memory be eternal.

Posted by:
Joyce and Bill Arnquist

Stella, Vickie, Tina,Craig,Nikki,Mike and all the family, We are so very said in the loss of Nick. What a wonderful man. What Beautiful Love Memories he has made for your family. Our pray is that God will be with you all at this very said time. Love, prayers and thought, Joyce and Bill Arnquist

Our Hearts go out to the family of Nickolas, who was loved and adored by many!!! Stella, Vickie Tina & Niki, may his memory be eternal. Such a generous heart and soul never to be forgotten...Much sympathy, The Susan Giambrone Family