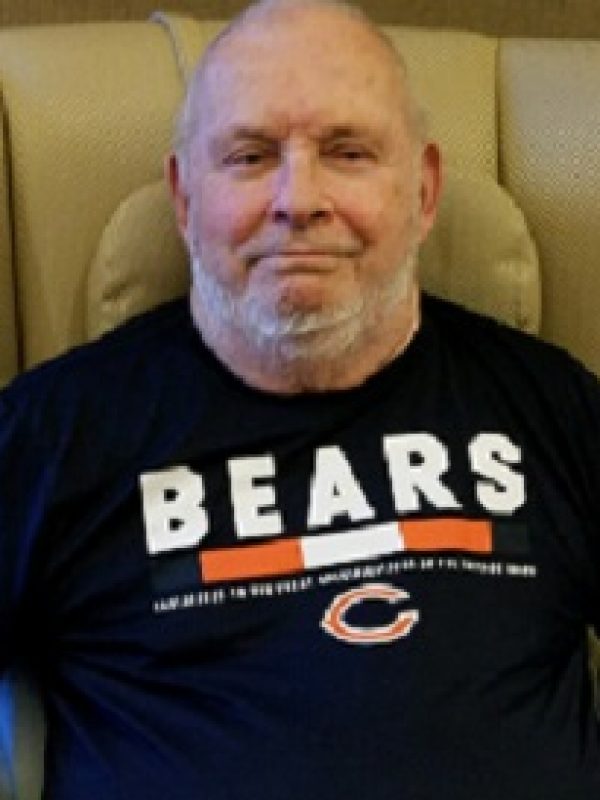 Norman Dale O’Dell age 83 passed away peacefully on August 14, 2020, of Carol Stream. He was born December 27, 1936 in Chicago, Illinois to Edith and Russell O’Dell. Norman was a graduate of Downers Grove High School and attended Eureka College in Eureka, Illinois.

Norman married Lynn Marie Luegge on December 14, 1957 in Brookfield, Illinois. He was a loving husband, father, grandfather, uncle, and great-uncle. Norman’s devotion to both his civic and faith community included being a charter member of Lutheran Church of the Master and a founding member of the Carol Stream volunteer fire department, rising to the rank of assistant fire chief. He enjoyed coaching his sons for many years in various youth baseball leagues. Norman also represented the Woman’s Club – serving as Santa Claus bringing holiday magic to many children in the Carol Stream community. During the summers, Norman enjoyed vacations of camping and boating with his family. In retirement, Norman spent many hours watching his grandsons play baseball and also playing games with them such as Legos and “spoons”.

Norman is survived by his wife Lynn of 62 years, sons Jeffrey O’Dell (Anne) and Jerry O’Dell (the late Minh Le), grandsons Ryan O’Dell (Kristina) and Tyler O’Dell, sister-in-law the late Laurel Kostka (David), and dear uncle to Russ, Jim, Keith, Joel and Mark. He was proceeded in death by his parents Edith and Russell, brothers Robert and Jerry. The family would like to give a heartfelt thanks to Norman’s caregivers Bozena Kowalczuk, Ewa Tatarnik, and Ewa Kowalczuk.

Donations in Norman’s name may be made to Neighborhood Food Pantries from the Carol Stream Fire Protection District.

Lutheran Church of the Master

Our hearts go out to the O’Dell family during this difficult time. Norm left a lasting impact on the local community and beyond through his sons. May the family find comfort in the fond memories and joyous times spent together over the years. Please know that you are surrounded by friends that care deeply about all of you and share their deepest sympathies. Today and always, may loving memories bring you peace, comfort, and strength.

My sincere sympathy and prayers for the Odell family at this time. Norm was a delight to know, and I have many good memories: Christmas cards from the Odells over the years with wonderful messages carefully written by Norm, even when he was quite ill, the times he helped me with Children's programs at the Library, happy to dress up and greet the kids as the Wizard of Oz Scarecrow, a pirate, and Santa Claus. We had such fun! May God comfort you all now and sustain you through this difficult time.

Prayers for Norm and to Lynn, Jeff and Jerry. Norm was a very positive influence in my life as a great boss and friend.

Dear O'Dell family. While I never met Mr. Norman O'Dell, I have had the pleasure of knowing his son, Jeff. If the son reflects his father, Norman must have been a wonderful man to know and be around. My wish for the family is to grieve well, laugh and cry at memories of good and bad times knowing you are strong together. One never knows when their life on this earth is to end. I pray that you all take comfort in one another and live each day with joy and happiness. Peace to you all.

I didn't know Norman but I know what he did. Jeff is the image I see of Norman and what he did raising his family. In Jeff, I see a dedicated, thoughtful, intelligent, and slow to anger great public servant. The O'Dell family has been well lead by Norman and I thank him for that. May Jeff and all the O'Dell family be blessed and comforted and thanks Norman for your legacy!