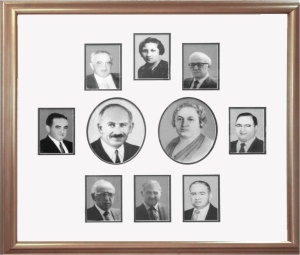 The Salerno family tradition began over 100 years ago in the Taylor Street neighborhood in Chicago. Serving as an interpreter, Rosario D. Salerno, the patriarch of the family, often would help neighbors and friends with financial advice and would assist in paying their bills. Many times Rosario was called upon to help his immigrant friends make funeral arrangement. This task became such a part of Rosario’s life that he decided to start his own funeral business.

In the early 1910’s, the young entrepreneur opened up a storefront funeral business, at 724 DeKoven Street, while his family lived above on the second floor. Rosario ran his business until his death in 1934. Upon his passing, the business was handed down to his children. Out of 8 children, 6 of the 7 sons would go into the funeral business, while the last son would become attorney. Rosario’s only daughter, Marie, would become a physician.

In early 1900’s, the majority of wakes were held in the home of the deceased. As wakes began moving out of the family’s home, The Salerno’s were part of a growing trend in the funeral business, allowing them to opening their second funeral chapel at 813 W Taylor Street. They remained at their second location until 1963 when their funeral home was razed to make way for The University of Illinois. Anticipating the University’s arrival, The Salerno’s opened another location at 6300 W. North Ave., where they remained until 1986. In 1984, the family took over The Galewood Funeral Home, at 1857 N.  Harlem,  Chicago, and renamed it  Salerno’s Galewood Chapels. 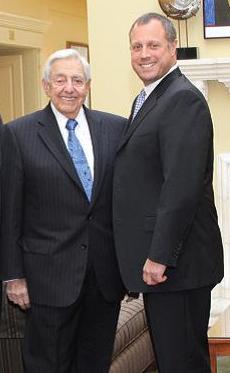 The 3rd generation of Salerno’s, Joseph G, entered the business in the early 1960’s and would eventually became President of the operation in the mid-nineties. Under his tutelage, in 1994 the family opened up Salerno’s Rosedale Chapels, at 450 W Lake St., Roselle. It was at this time that the 4th generation of Salerno’s, Joseph’s son George, entered the family business after completing law school.

The family now owns and operates one funeral homes under; Salerno’s Rosedale Funeral Chapel in Roselle. All the while, the family has operated their business under its founder Rosario’s premise that “No Christian should go unburied”.