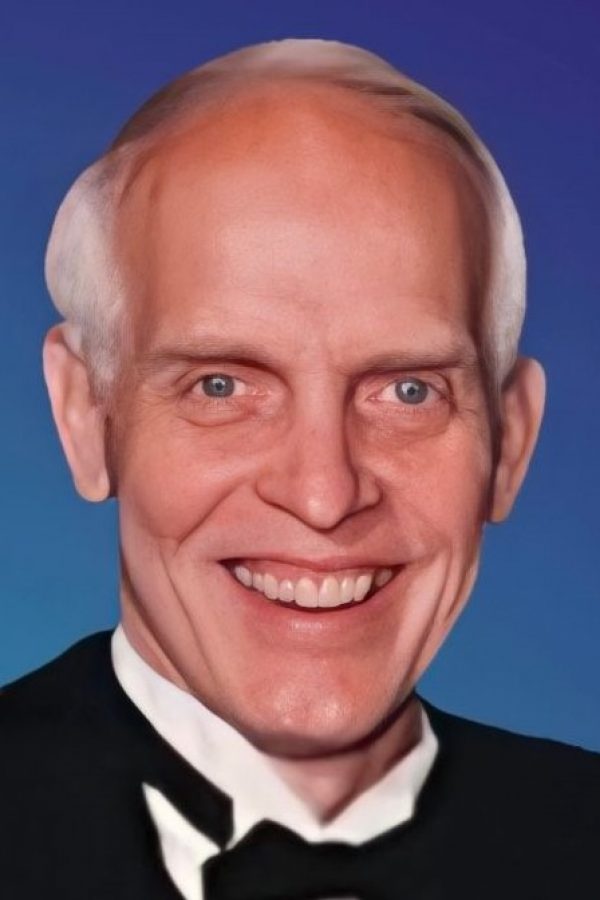 On Saturday, July 9, 2022, Alf Emil Logan, loving husband and father of three
children, went to be with the Lord at the age of 79. Alf was born on March 18,
1943 in Chicago, IL to Emil and Olive Logan. He was the second of four boys;
John was the oldest, then Robert and Peter followed.
In the early years, as his family moved often, Alf’s education included several
different schools, including a one-room schoolhouse in Belvidere, IL. He
graduated 8th grade from Onahan school and then graduated from Taft High
School in 1960, both in Chicago. He loved his years at Taft where he played
trombone in the school band while also being a “Most Valuable” player on the
Taft football team.
Following high school, Alf attended Wheaton College in Wheaton, IL where he
earned a Bachelor of Arts degree in History and Education. He enjoyed a
successful career on the college football team and celebrated an undefeated
football season in the fall of 1961. Having taken ROTC, he graduated from
Wheaton in 1964 as a 2nd Lieutenant in the United States Army. During his time in
the Army, he was stationed in Korea at Camp Humphreys for 13 months where
he was Director of Supply and Maintenance while also serving as President of
the Pyongtaek Area Orphanage Council which supplied clothing, stoves and
fuel to other local orphanages. After his time in Korea, Alf returned to Ft. Gorden,
GA where he married his sweetheart, Anna Marie, on August 27, 1966. They then
returned to Augusta, GA where he completed his active duty and earned the
rank of Captain before separating from the Army. He continued in the Army
Reserves for several more years while he pursued his education and career.
Once he returned to Illinois, he earned his Master’s of Science degree in
Education from Northern Illinois University in 1969.
Alf began his career in education at Shabonna High School in Shabonna, IL for
several months as a Social Studies teacher and Guidance Counselor. He
continued in his role as a Guidance Counselor at Niles North High School in
Skokie, IL from the fall of 1969 through February 1973. Alf’s career then brought
him to Fenton Community High School in Bensenville, IL where he served as
Assistant Principal from February 1973 – June 1983 while also helping out as an
assistant football coach. He then became Principle of Fenton High School and
worked hard to earn his Ed.D in Educational Leadership and Policy Studies,
graduating in May of 1995. In June of 2000, Alf began serving as Superintendent
of Fenton until he retired in June 2007. During his career at Fenton, Alf was a
tireless advocate for staff including teachers as well as students and their
parents. He frequently attended and participated in after school activities and
weekend events to support the school. In his retirement, he returned to his
educational career for a time as Director, working two separate one year terms
at the DAVEA / DAOES / TCD Career Center. He also represented Fenton High
School in the Bensenville Rotary for many years.
In his personal life, Alf took excellent care of his home in Itasca, IL and loved
making frequent visits to the family lake house in MI. He thoroughly enjoyed
interacting with neighbors and made friends wherever he went including the
local Starbucks, the post office and the Itasca fitness center. Alf was active in his
church in Hanover Park, teaching Bible classes, ushering and working one day a
week at the Hands of Hope food pantry which serves 100’s of families in the
community. He and Anna Marie were active participants in their church life
group where life and faith were shared and friendships were deepened.
Alf was loved by people wherever he went. He was known for his vibrancy,
selflessness, generosity, kind and compassionate spirit as well as his genuine love
for others. He had a big, kind, loving and caring heart. Alf greeted everyone he
knew and met with a friendly, big smile and cheerful comment. He was
energetic, worked hard and always completed every task he began. He
enjoyed his friends and loved to tell stories of past escapades with a touch of
humor. He had great compassion for the hurting and was always ready to give
a big hug and a kind word. If anyone needed help, he was the first to go. Alf
poured out his life and love to his family. He adored and cherished Anna Marie,
his wife of almost 56 years, and served her every need tirelessly with love and
care. He loved all his children, their spouses and grandchildren passionately,
and generously gave of himself to each one.
Most importantly, Alf loved Jesus, and pursued a closer relationship with Him as
he spent time everyday in the Word of God. He will be deeply missed by his
family and all his friends that his life has touched everywhere. His dearest desire
would be to see all of us again someday in Heaven with Jesus.
Alf is survived by his wife Anna Marie and his three children, Eric Logan, Kirk (Jen)
Logan and Charis (Mike) Mohrland; his 10 grandchildren, Christian, Jonathan,
Michaela, Kirk, Karissa, Keira, David, Caleb, Noah and Zoe; two brothers, Robert
Logan, Peter Logan; as well as nieces and nephews.

*
In lieu of flowers, donations can be made to the following missions that Alf supported:

Compassion for the Needy, Peru

It has taken us a long time to find the words we so want to express, but there are no words only the memories held in our hearts. We posted a photo which is separate from this message that Billie and I both wanted to share. One is from high school as Alf and I graduated from Taft in 1960 and the other from Fenton's retirement party for Scott Clark (20004)? We loved Alf and will never forget all that he did for us and all that we shared with him and AnnaMarie is loving wife. May the Lord's grace be with the Logan family and may the Holy Spirit bring them comfort.

Posted by:
Ginny and Billie Cole 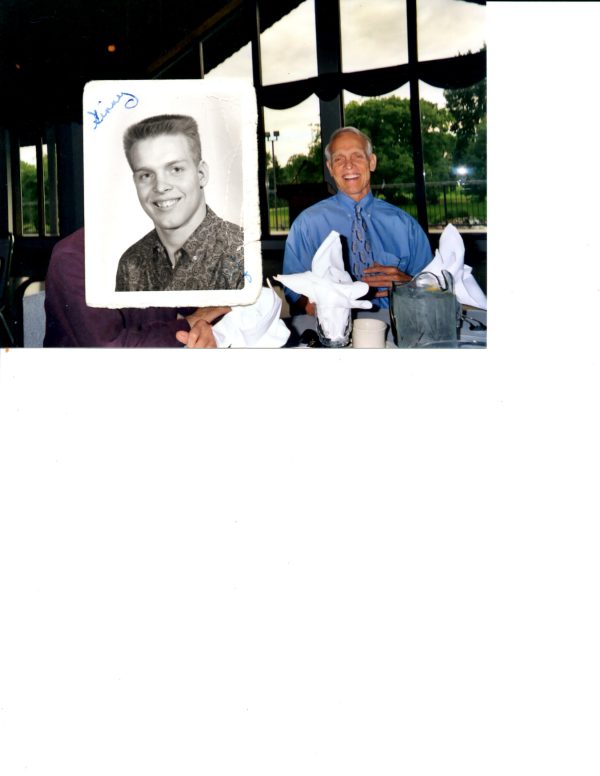 I wish I knew what to say and how to bring this wonderful man back to his family, but I can't. God chooses our time to be born and our time to die. As Anna Marie told me in a recent conversation, Alf's mansion was finished. Alf gave all of us that loved him the greatness gift in showing us where he would reside after this life. I pray I get to see Alf & Anna Marie's mansion when I leave this old world. What a great honor to know & love Alf. Alf & Anna Marie loved each other and the Lord brightly for all to see. Thank you, thank you my Lord for the gift of friendship and love from Alf & Anna Marie. I am blessed!!

Extending my sincere condolences to the Logan family. I knew Dr. Logan from my years at Technology Center of DuPage. Dr Logan was a smart, forward-thinking, thoughtful and kind leader who highly valued employees and staff, and always wanted what was best for students. I sure I am not alone in saying he was highly respected and loved at TCD. I am so very sorry for your loss.

Alf was a friend and colleague to me and so many others at Fenton High School. He had a knack for caring and making things better for the staff and students with whom he worked, supported and encouraged. To Anna Marie and family, I am so sorry.

I first met Dr. Logan when he served on the DAVEA/DAOES governing board for TCD, representing Fenton HS District 100. It was when he twice served as an interim Director for TCD that I was privileged to work directly for him. He was a positive, steadying presence and a great example of leadership. He supported students and staff alike. It was a blessing to know he was a man of faith. After my retirement, my husband and I came across Alf and Anna Marie several times around Wheaton and it was always a great joy. May our Lord send His Comforter to Anna Marie and all the family in the days and months to come.

Simply stated, Alf Logan was the best of men. I worked with Alf and considered him a friend for over 30 years; I cherished his humanity, integrity and courage every day. Over time, I have come to regard Alf as the ideal leader. He supported all members of the school community, from students--great and not-so-great--to faculty, staff and parents. He also inspired each of us to dedicate ourselves to provide our very best efforts in every undertaking. He was kind, but never weak, expecting the best from every one of us. He was wise and persuasive, tirelessly endeavoring to transform a really good school into an even better one. I will always be grateful for the years I shared with Alf, and I pray that his family, friends and colleagues find comfort as I have in remembering the truly fine man who touched our lives and remains in our hearts.

FHS was a great place to work with young students. Thanks to Alf Logan for his dedication to the our Bison.

My deepest sympathies to you, Anna Marie, and your family. May beautiful memories and your strong faith bring you peace.

A gentle man with leadership qualities that left Fenton High School a better place. He was also active in Rotary and was always ready to do his part for the community. Rest in Peace Dr. Logan.

My condolences to the Logan family. Dr. Logan was a kind, dedicated, present, and active principal while I was a student at FHS, and he was always there to say good morning when we all walked in, he was at every event to congratulate and say how proud he was, and he set the tone for what I expected from a principal when I became a teacher. May his memory be a blessing.

Very sad to hear of his passing. DR. Logan was principal during my Fenton years. He was always so supportive and encouraging. I’ll never forget how happy he was when I told him that after graduation I was attending Wheaton College; that meant a lot. Rest in paradise, Dr. Logan

Prayers to his family. He was awesome to be around at school.

Principal Logan, You never judged me based off of my last name and and you always had a kind word and for a teenager you seemed fairly wise. I currently teach high school and I think of you often when I go see my assistant principal who happens to be AP Logan. You'll be greatly missed.

So sorry to hear of the passing of your dear husband and father, Alf. He was a kind and gentle man, a role model to many at Fenton High School. He was one of a kind.

Anna Marie and family, My heart is aching for your loss. May your faith comfort all of you. Love, Joy