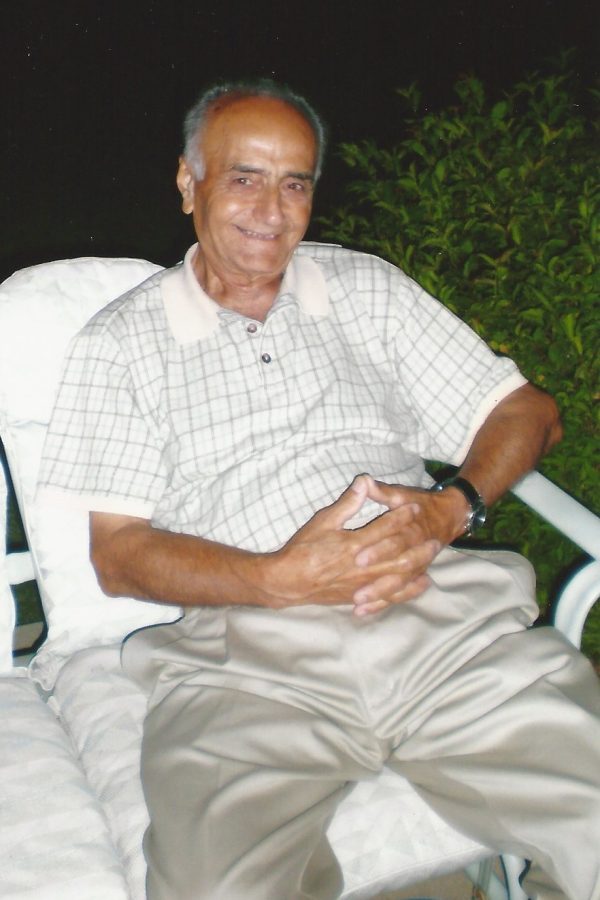 James S. Siavelis, 100, Born in Agia Sophia; Beloved husband of Barbara J. (nee Makris, who went to heaven in 2012) Siavelis: Cherished father of Katherine (Lawrence) Wegner of Bartlett, IL. and Demetra “Mika” (Ross) Pace of Independence, MO.; Son of the late Steven P. and Katherine (nee Nicolaou) Siavelis: Best papou ever to Nicholas and Christopher; Dearest brother of the late Peter ( the late Helen), the late John (the late Efrosini), the late Soter (the late Bettie), the late Evangelia, the late Kosta (the late Ethel). the late Demetra, the late Petro, the late Spiro, the late Amalia (the late Argyri), the late Konstantina, and the late George (Mary); Dear brother-in-law to Aristides (Rossella) Makris, of Messina, Sicily, Italia, and the late Panagiota and Thanasis Syllas; Fond uncle of many nieces and nephews in the states, Greece, and Italy.
Jimmy who was known as “Papou” a Greek American and lifetime restaurant man. He immigrated to the U.S. from Saint Sophia, Kastri, Greece via Athens, Greece in 1951. He began working for his brother, Peter, at The Ferndell Restaurant on North Avenue to save money to buy his own restaurant. Married the love of his life, Barbara, in 1956. Jimmy and nephew Nick Lilis bought Sweetland on North Avenue, a homemade candy, ice cream, and sandwich shop in 1957. Sweetland was also the concession for the Tiffin Theater next door. He owned and operated Four Seasons Restaurant in Franklin Park, IL. from 1978 until his first retirement in 1987. For several years following, he worked for friends at their restaurants. The birth of his twin grandsons in 1993 offered a sweet change and official retirement. Visitation, Friday Nov 25 from 4:00 p.m. to 8:00 p.m. at Salerno’s Rosedale Chapels 450 W. Lake St. Roselle, IL. (3/4 mile west of Roselle/Bloomingdale Rd), Family and friends are requested to please meet on Saturday Nov 26 directly at St. Nectarios Greek Orthodox Church 133 S. Roselle, Rd. Palatine, IL., for 10:30 a.m. Funeral service. Interment will follow at Elmwood Cemetery. In lieu of flowers donations in his memory to Western DuPage Special Recreation Association, www.wdsra.com appreciated. Arrangements by NICHOLAS M. PISHOS FUNERAL DIRECTOR, LTD., Info: 847-833-9522.

I worked at Sweetland on North Ave and Karlov for Jim and Barbara. It was such a great pillar of our neighborhood. May he rest in peace.

My memories of Jimmy and Barbara are vivid and deep in appreciation for the person he was and his contribution to all that knew him. He and Barbara took me into their home when making the transition from High School in Greece to College in the USA. Jimmy was one of generation's greatest, he was an extremely hard worker, with high morals and integrity. My deepest sympathies to Kathy and Mika, your dad was one of the greats of his generation and I'm sure your mom Barbara was there to welcome him. May his memory be eternal ! Kalo Taxidi Cousin ! - Aris

My beloved Uncle Jim, who was like a second "Dad" to me (and Aunt Barbara a second "Mom") when I married and moved to Chicago. I will miss him dearly, as I know everyone else will also. May His Memory Be Eternal Love, Rikki