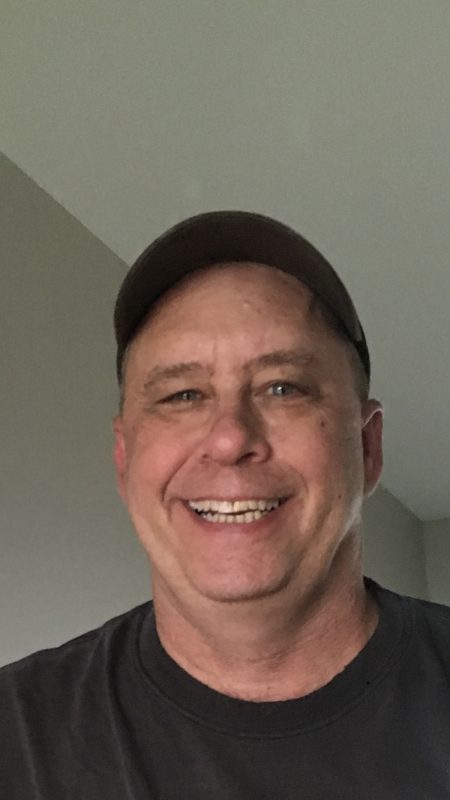 after a 6-year battle with cancer. He was 63.
Kevin grew up in Bensenville, Illinois, the 2nd of Joseph and Marilyn Wisnauski’s 10 children.
Many of his happiest memories of childhood involved time spent on lakes and rivers fishing with
his father and brothers, instilling in him a lifelong enthusiasm for the sport. Growing up, Kevin
established himself as the protector in his family, often sticking-up for his sisters when his
brothers would tease them. He was the sibling to go to when you just needed a kind ear and a
little support.
Kevin was known to friends, family, and colleagues as a hard worker. He got his first job at 13.
After graduating from Fenton High School in 1975, Kevin went on to work with his father in the
metallurgical testing industry. He worked in the same industry for over 40 years and is renowned
for his dedication to his work. Throughout his battle with cancer, Kevin wanted to be able to get
back work. He found solace in that diligence.
Everyone who knew Kevin knew him to be an incredibly quiet, somewhat shy man. In contrast
with that defining characteristic, however, was Kevin’s love for the fast, loud, and chaotic
sounds of punk rock. Music was a passion for him and is described as a joy of his life by many.
He is remembered for his extensive collection of albums, especially those rock albums of the
1980’s. In his youth he would travel to Chicago for punk shows, and his sisters remember Kevin
often taking them along to Exit Chicago, a bar in the city, to listen to a new or favorite band.
Even recently, one could find Kevin at Late Bar in Chicago on a Saturday night, sharing a beer
with a friend and nodding along to the erratic music of the 80’s.
Kevin was incredibly kind and loving, especially towards his only child, Carrie. Recently he
shared with family that “Carrie is the center of my universe.” Carrie remembers her dad for the
quiet Saturday mornings they would spend together. He would watch cartoons with her, take her
to see movies at the dollar theater, and they would spend many weekends visiting the flea market
at Rosemont. That quality time with her father is a time well treasured. His kind spirit and loving
patience for his daughter extended to include his three granddaughters, Amber, Christina, and
Samantha. He instilled in them all a love for Disney movies and spending quiet evenings
together eating popcorn and staying up late. He was a wonderful grandfather, and a very
cherished father.
Kevin is remembered as a kind, quiet, and incredibly caring man who loved a simple life,
surrounded by his beloved family and friends. He enjoyed spending time with his daughter and
son-in-law, and his granddaughters and looked forward to his annual fishing trip to Minnesota
with family and friends. His calm and loving spirit will be missed tremendously by all who knew
him. Kevin is survived by his daughter, Carrie Carey and her husband John Carey, by his
granddaughters, Amber, Christina, and Samantha Carey, by his father, Joseph Wisnauski, and by
his siblings, Jeff Wisnauski, Lynn Niess, Cindy Poremski, Janet Pacione, Laura Finley, Lisa
Post, Sharolyn Ramirez, Charity Atchison and Brian Wisnauski. Services will be held at
Salerno’s Rosedale Chapels, 450 W. Lake St, Roselle, IL 60172 on October 10, 2020 at 12:00

PM for any who would like to join in celebrating Kevin’s life.

I remember Kevin is so many ways, he was a great person, wonderful dad to our daughter. I know in my heart that he is going to be missed so much. I can't express how much he will be missed in this life. May you no longer suffer from what took you away from everyone who loved you.

I remember Kevin as a great guy and a fun classmate. My prayers for the family.

May I wish a sad good-by to my best friend. You will be missesmissed buddy.